To be or not to be open about your mental health 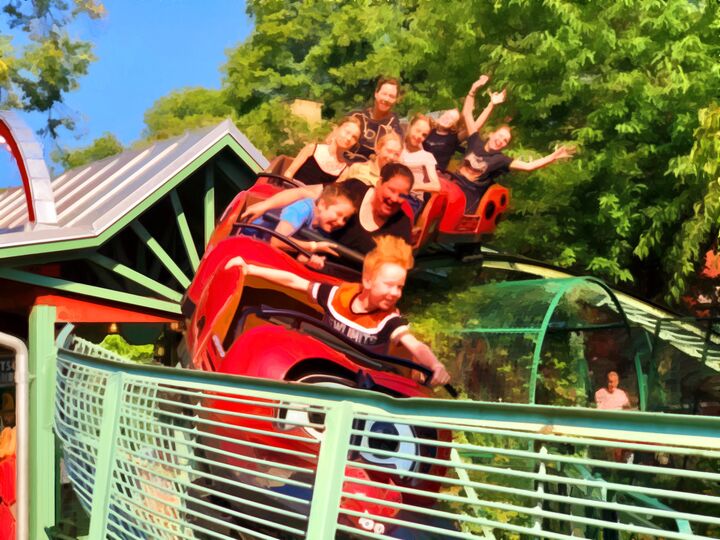 This is a topic that doesn't have a definitive answer. How you do is depending on many things. Your personality is perhaps most important. Physical disabilities, in some ways, are easier than psychological ones in that you don't have to tell people about them. They are more visually apparent. At the same time, that is a drawback. You can't hide it even if you would like to, unless, perhaps, you meet people online or on the phone.

Having mental health issues has been, and often still is, considered something you shouldn't talk about. I understand where that comes from, but I don't like it, and I think it is changing in many parts of the world.

Being open or not isn’t just one question. I have listed some of them below, including my reasoning around them.

Should you tell people about your mental status?

These are my main motives for thinking, telling at least some people about your mental health is a good idea:

Who should you tell?

I think everyone with a stake in your wellbeing is possible targets of information: Family, relatives, friends, possibly employers.

Is there anyone you are obliged to inform?

Depending on your occupation and your mental state’s effect on it, you might have to tell an employer or school staff. Medical staff may also have to know.

How much and what should you say?

How much you say depends mostly on what you want others to know. Close friends and family likely want to know more. I suggest starting by telling them that you have “diagnose X” and the general effect is has on you, and offering them the chance to ask for more details if and when they want. If you dont want to give more details or talk about it, you should say that.

How should you say it?

Say it in the way that is most comfortable to you. Talk if that is what you prefer and put it down in writing if that feels better. You can even do both if you want to be sure they remember as much as possible.

I have used Facebook to make sure everyone I know has the big picture, but first I told family and friends in person. To me, it hasn’t been a big deal talking about these things. I hope friends and family would share information like this with me. There have been several occasions when I found out years later about relatives health issues and even causes of death. I think it’s better for everyone if they know about illnesses that runs in the family, or the cause of someone’s mental state. I also think I have an obligation to spread information and make it less controversial to talk about mental health.

Are there people you shouldn’t tell?

Possibly people you know wouldn’t be interested or react in a way you wont tolerate.

What, if anything, should you do if someone reacts in a negative way?

My thinking is that everyone’s allowed their own views. If they think you are lying, that the diagnosis is wrong, or that it doesn’t exist, that is their right. By telling them, you have given them the information. What they do with it is up to them.

I have found that those reacting in the most negative way, often are among those most likely to also suffer from different issues. Given time, some of them change their views. I have been one of those thinking there is no way that I or others have “Xyz”. That despite having considerable pre-knowledge of it. “There is no way they have Xyz, or I would have it too.” Yet, now I am one of all those diagnosed. 🙂

I agree, I think it can be important to share. But it’s also something that you might not have to if you’re uncomfortable with it. I don’t really make it my agenda to share with all my friends or family members but if it happens to come up because I am having a bad day or the subject matter is highlighted in a discussion I might feel inclined to share. One thing I do try to do is break down the stigma surrounding mental health. If I hear someone say something that might be a stereotype or negative judgement, I share with them my experience to try to expand their understanding.

I have found that sharing with a larger group than just your closest family and friends brings out others with similar experiences. Either experience of their own, their children, or other relatives. It can widen your network in exciting ways. I have had an old friend say, “oh, that’s the same diagnosis my son has! It would be interesting to share experiences.” Another suddenly started talking about her son in a way that made it evident that he also is diagnosed and that she knew I’d understand.

Yet another thing about sharing wide is that everyone who knows me also knows that I don’t mind them talking about it with others. I’m not sharing a secret that I expect them to keep. It’s all out in the open. Not like the “C” word. 😉