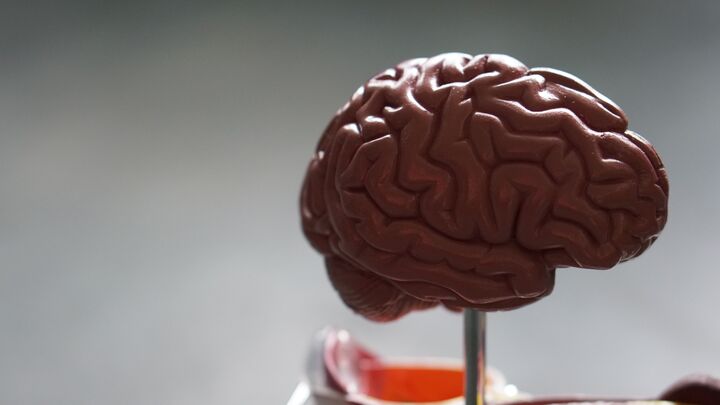 My Mother was diagnosed with Parkinson’s disease about a year and half or two years before she passed away last October. My sisters and I thought that it was a misdiagnosis. We didn’t really understand what Parkinson’s was and how it effects a person.
I now realize that my Mother was caught in a living nightmare. She didn’t want to lose her freedom and her self-sufficiency so she didn’t really want to talk about “all” of her symptom’s and at the same time those that she did talk about we dismissed because she “appeared” to be doing fine and we thought she was lonely and just wanted attention. We believed that if she would just do a little exercise instead of just sitting around all the time that a lot of her issues would be resolved. We now have to deal with the guilt of not understanding her illness. We also, have to try to not let the fear of the “possibility” of us having that illness later in life consume us.
Parkinson’s it not a very well understood disease. There is just a lot that science hasn’t figured out yet regarding Parkinson’s. Robin Williams had Parkinson’s with Lewy Body Dementia. Which is why he chose to commit suicide. It is that horrible of a fate to be dealt. I suspect that Parkinson’s with Lewy Body Dementia is the form of Parkinson’s that my Mother had. We will never know for sure but in hindsight it is closest to the symptoms that she had.
I tried to get her to live with me more than once. I would get her to my house she would want to go home. I didn’t understand how difficult it was for her to “be” somewhere other than her own home. Looking back, I now know that she was literally losing her mind. She wanted someone to come and live with her. However, that is easier said than done. Of her three daughter’s we each had our own homes and jobs that we couldn’t just leave. In addition to that, she had gotten to a point where she didn’t throw things away and her house was quite difficult to be in for any length of time. We were trying to figure out a way to get her out of that situation. She had become so fanatical about “her” things. I think she lost the ability to determine what was “ok” to throw away so she just kept everything.
She would put things in plastic zip lock bags. Some things were just advertisements that just needed to be thrown away, and yet, she would have them in plastic zip lock bags. It was as if she was trying to be organized but no longer knew how. She would also save every plastic bag that got when out shopping. They were neatly folded with a rubber band around them. It was extreme and odd.
She had started to lose her sense of smell and had a tingling sometimes near her nose on the left side of her face. The Doctor’s examined her and said it was nothing and lots of elderly lose their sense of smell. She would also cry for no reason. It would become very frustrating and distressing. I would ask her “Mom, why are you crying?” She would tell me that she didn’t know why, but that she just had to cry! Or, sometimes she would say that she was in pain. She complained that she sometimes felt like her inner body was quaking. That was something that I had trouble understanding. I always thought that people with Parkinson’s shook. I didn’t see her shaking. She also had spells of instability in her balance. Since this would come and go it seemed like she was exaggerating things. She could literally be crying using her walker and then you could ask if she wanted to go the store and suddenly she could walk without the walker and be completely transformed into a semi normal person that was excited to go to the store. I thought I was being played. I was so wrong.
She became a very suspicious person. That personality change was so gradual that I wish I had noticed sooner. I think that if you feel like you are losing your mind then you are suddenly in a position where you are so afraid of losing your independence that everyone suddenly comes under suspicion. Towards the end she had symptoms of paranoia. Sometimes she didn’t know who I was. It was heartbreaking.
We kept thinking that if we could just get her on the right medications that our Mom would be back and her symptoms would be gone. Looking back, that was just going not to happen. She was too sick.
They are learning many new things about Parkinson’s disease all the time. They now believe that a low fat diet and processed foods are great contributors to Parkinson’s. That a person’s diet can cause them to have something like IBS (Irritable Bowel Syndrome). Which starts a domino effect. The IBS causes inflammation in the body and after a time that inflammation in the body causes Arthritis. Which then causes more inflammation and other issues. Then eventually, you end up with a problem with how your protein in your brain folds and over time you start having symptoms of Parkinson’s. Seven months after Mom’s death my new Doctor explained this to me and it was as if he was describing my Mother’s life without ever having met her.
Those were the “Pre” symptoms that she had that we never knew were associated with Parkinson’s. It described her exactly. Inflammation in the body is no joke. It can absolutely wreak havoc. There are so many things that I wish we had done differently. However, I am slowly coming to terms with the fact that none of them would have really changed the outcome very much.

So sad, I'm sorry she wasn't able to get the correct diagnosis sooner, although like you said it is something that might not have changed the outcome most likely. You did what you could for her during that time.

Thanks for sharing! It can help others in similar situations.

Parkinson’s is a frightening disease in the same way as Alzheimer’s and dementia. It has many more victims than those diagnosed. Whole families are affected when a member falls ill.

I have come to believe that processed foods are much worse for humans than most people realize. They are treacherous because they are so easy to eat.

#2. I agree that processed foods are treacherous. People don’t realize what they are trading for “convenience.” Sadly, it becomes a habit and then a lifestyle of buying and consuming processed foods.