The good side effects of device addiction 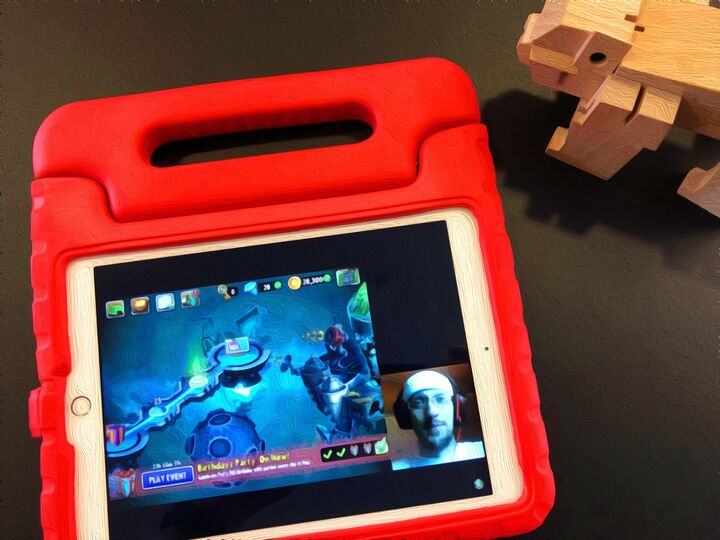 My son is eight years old. He loves his iPad. He also is addicted to it. He mainly uses it for watching video and gaming.

To an outsider, it looks mostly like pleasure use. Those who know him see that it is more than that. When he comes home tired after a long day at school, the iPad is his way to wind down. It also is a way for him to play with friends. He usually isn’t very talkative but put him in front of Roblox or Minecraft, and you will see him come to life and talk constantly. Playing with friends, he will take command and lead whatever work needs to be done, even if he is playing with his adult sister. 😀

Another side effect of his iPad addiction is learning things. He knows so many things that he has picked up from YouTube videos he watches. Sure, a lot of it has to do with the games he plays, but it's not just that. He learns many facts about the world and how things work.

Most impressive, though, is his language skills. His native language is Swedish. The videos he watches are mostly in English. He understands practically everything they say. It doesn’t matter if it is in American, British, or Australian English. If you sit beside him while he watches, you will hear him translate most of what they say into Swedish, sentence by sentence. This is amazing. He is an eight-year-old in first class who has barely started learning English in school. Add to that that he has a language disorder, meaning he has struggled all his life with speaking his mother tongue.

As a parent, I can't be anything but happy and thrilled. Had he been born a decade earlier, this wouldn’t have happened.

Good on him!! You must be very proud!

All the best, Leia

My boyfriend’s little brother also plays games and watches YouTube a lot on his iPad. He understands everything I say and will repeat things he heard online (which comes with some bad language too lol 😂). I think he is around 9 years old. He is still a bit shy to speak English with me but he is picking it up fast! I’m so impressed with how fast children can learn things. When I first met him he only knew Hungarian and a bit of Swedish. Now he is fluent in both for his age and picking up English.

Good on your boy for being so smart! 🤓 I wish I had these tools to learn other languages when I was a kid or even English. I struggled to form my language skills as a small child because I was afraid to talk to anyone. My brother had to teach me how to read because I wouldn’t respond to my teachers. 😅

This was very heartwarming!

The best thing about the games that he is into as well is that in many ways they can be educational at all, without appearing so. The processes of Minecraft which involve memory and problem solving can only be beneficial as well

I agree. Both Roblox and Minecraft are games centered around creating, cooperating, and communicating, all skills needed in anyone’s life. It can also be a lot of project work, project management (for some) and strategizing. I’m all for playing them, as long as they don’t get addicted.

Finding a balance is difficult sometimes, but definitely possible. For me when I was younger I used to play until the early hours, making me really tired for school. I eventually learned that you need to have a steady balance for the fun to continue but not hinder the rest of your life.

Yes. I remember failing at keeping the balance. I got tired and grumpy. 🙂